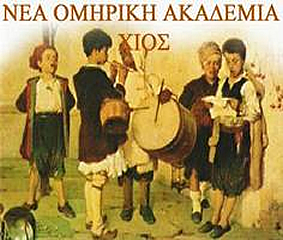 The whole programme started from Athens with visits to New Museum of the Acropolis, the Acropolis, to the Archeological Museum of Athens, Ancient Agora, Monastiraki etc. The participants travelled to Chios and the congress took place at the Homerion Cultural Center and “MARIA TSAKOS” FOUNDATION as well as at Oinousses. Visits and tours took place and a special programme was performed by the twenty students of the Cyprus University at Kardamyla, at “MARIA TSAKOS” FOUNDATION, at Daskalopetra. We had also the chance to visit Museums and Libraries and Archaeological and Byzantine places in Chios and Oinousses and to accept the hospitality and generosity of the Greek citizens everywhere the participants went. Discriminated participants were nominated honorary citizens of Chios and Oinousses. All had also the chance to visit the mastic and medieval villages of Chios and the Archaeological place of Emporeios of 7000 history.

The participants also had the chance to read Odysseia and Iliad on the Daskalopetra (Homer’s Rock or Homer’s School) with other Chios inhabitants. During the official closing day we enjoyed the oral competition of the students of the Homeric studies and of Modern Greek language who presented their excellent work. Certificates of attendance were given to all the participants and many honors and selected editions.